Migration From Magento To Shopify

Home   »  Migration From Magento To Shopify 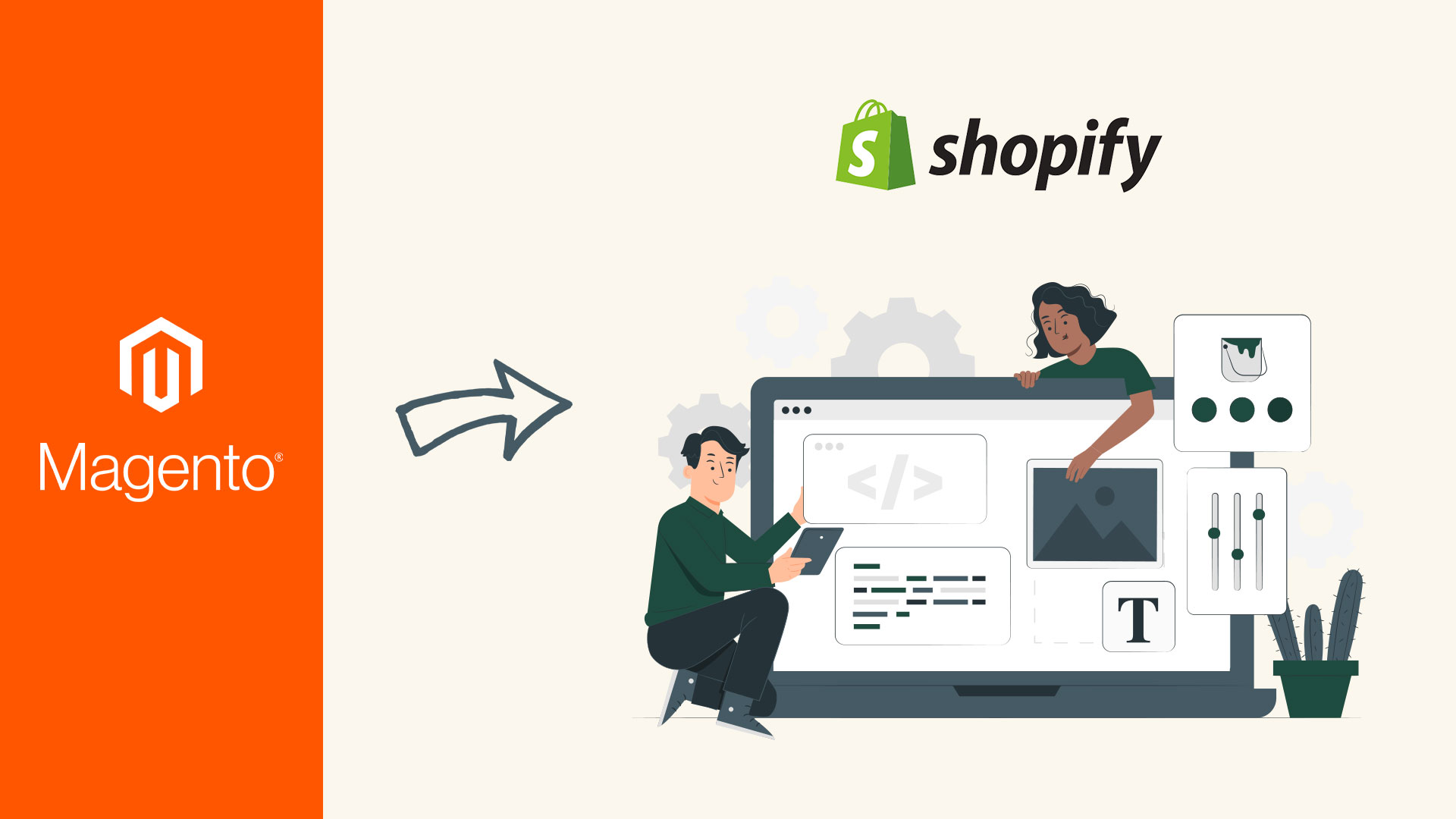 What is the need for Migration?

The ability to construct and manage an eCommerce website without being a developer or techie is commonplace today. Selecting the ideal platform for your eCommerce website is crucial to laying the groundwork for a prosperous online venture.

Do you currently operate an online store? You could want to add additional features and capabilities to make it more responsive and appealing due to certain business requirements. Some retailers switch from Shopify to another eCommerce platform to improve website performance, boost traffic, and speed up their online store.

What kind of data needs to be moved?

Migration of all the items is required. If you don’t want to transfer everything, you can pick Individual entities or all the products to highlight every mentioned entity.

You may choose Products and then check the particular data classes you want to move, for example. These would be the Manufacturers, Categories, and Reviews in this instance. You can then decide whether or not to include Orders in your Migration if you select the Customers object.

The data entities that you can transfer from Magento to Shopify are listed below:

Comparison of Magento vs. Shopify and Why is Shopify better than Magento?

Magento is a bit difficult to use when compared to Shopify. With Shopify’s drag-and-drop website builder, one can simply modify their store by rearranging the items on the page however they like. Shopify received a rating of 4.1/5 in the ease of use category, while Magento had a score of 2.5. In essence, Magento is only for web developers, but Shopify is appropriate for users of all technical levels.

Shopify provides 10 free and 64 premium themes. All of Shopify’s tools will look fantastic when viewed on a mobile or tablet because they are all mobile responsive. With ready-made themes that don’t require any code customization and bespoke pieces that require the expertise of a professional developer. This makes Shopify more distinct than Magento.

With the help of third-party integrations with companies like Seguno, Klaviyo, Constant Contact, and others, Shopify offers excellent marketing capabilities, including the ability to launch email campaigns. One can sell and advertise directly on Facebook, Instagram, and Pinterest. Shopify’s support for multilingual sites, which enables an individual to offer goods in several languages, has been a major game changer. Most of Magento’s marketing resources come from its Marketplace, located in the opposite corner. To launch email campaigns, for instance, you’ll need to install extensions.

Payment processors make it possible for individuals to make payments online. Thankfully, Shopify and Magento make it simple to quickly link your store with a payment processor. What platform offers the best products, though? Shopify Payments, the company’s payment processor, charges no transaction fees (aside from the regular credit card processing fees). Hence considered as a preference over Magento. Shopify supports over 100 alternative payment gateways, all of which have a transaction fee attached to them. Popular gateways like PayPal, Stripe, Amazon Pay, and Apple Pay are among them.

The difference between the two is that Magento is a self-hosted platform, whereas Shopify is a web-hosting platform. All of your hosting concerns are taken care of for you by a hosted platform like Shopify. While Magento is free to download and install, other costs, like web hosting, security, extensions, and your domain, must be considered separately. There are three major price options offered by Shopify, each with a set monthly cost. On the other hand, various factors will affect how much Magento will cost.

IT-Geeks is the Top Migration Expert 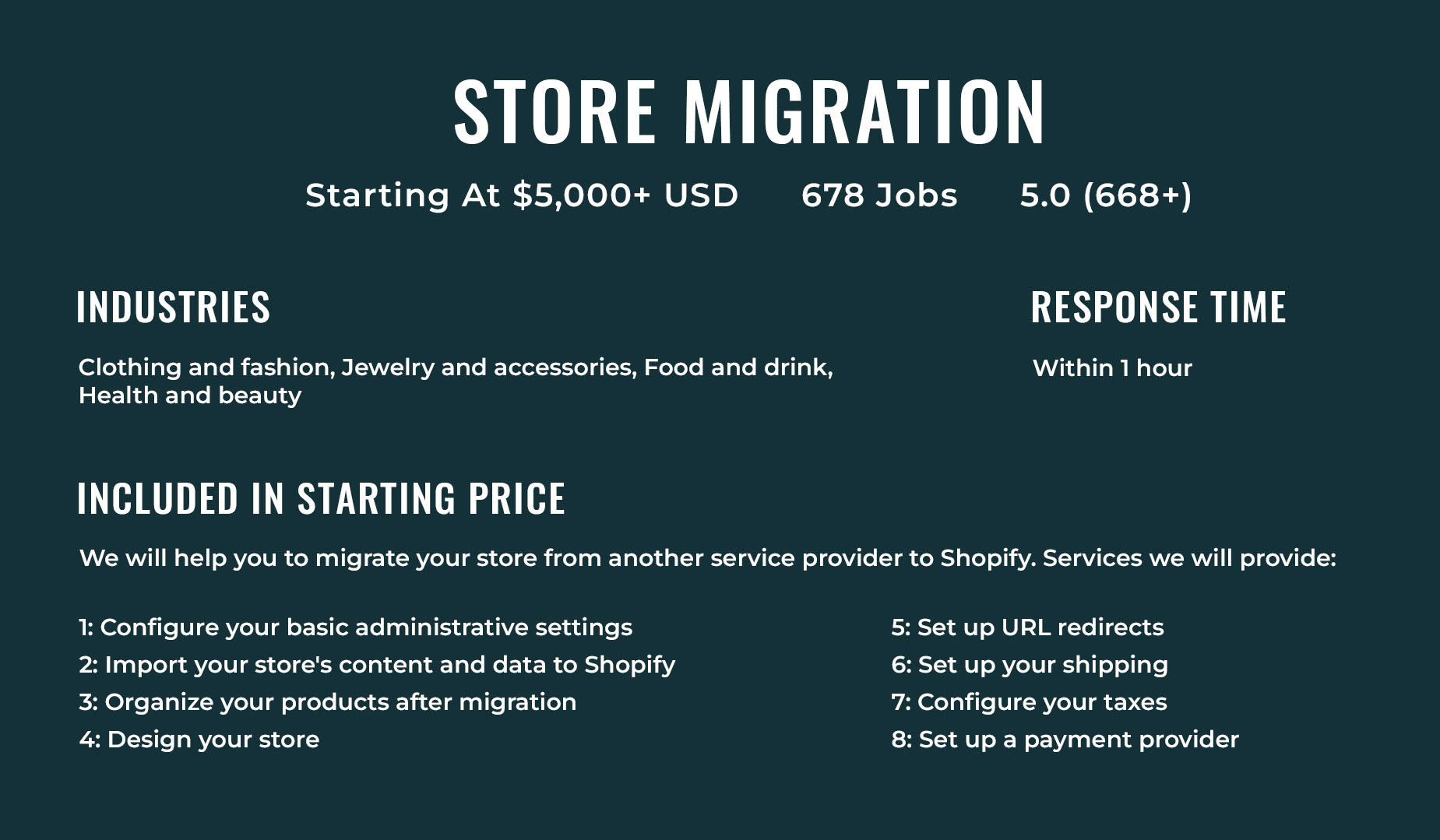 How can IT-Geeks help in performing the Migration?

IT-Geeks is a group of intellectuals who are youthful and active. Their testimonies from thousands of grateful and content customers worldwide are sufficient to support the level of work we put forth for individual clients. We carry out all technical tasks for Shopify with the finest solution, including store redesign, store migration, store setup, store customization, SEO, speed optimization, and many more. These are the actions we take.

Being a Shopify expert with a milestone of 5000+ completed projects, 300+ successful store migrations, and 2600+ designed stores, we adhere to transparent, elegant, and satisfactory working principles to provide our clients with the best, most exceptional services possible.

We cover the best answers to the client’s needs and deliver them within the allotted time frame. Whatever your requirements are for revamping, IT-Geeks has a few surprises in store for you. You may do everything in one location, from themes to product placements, content development, and payment gateway configuration. Check out our website and get in touch with us to learn more.